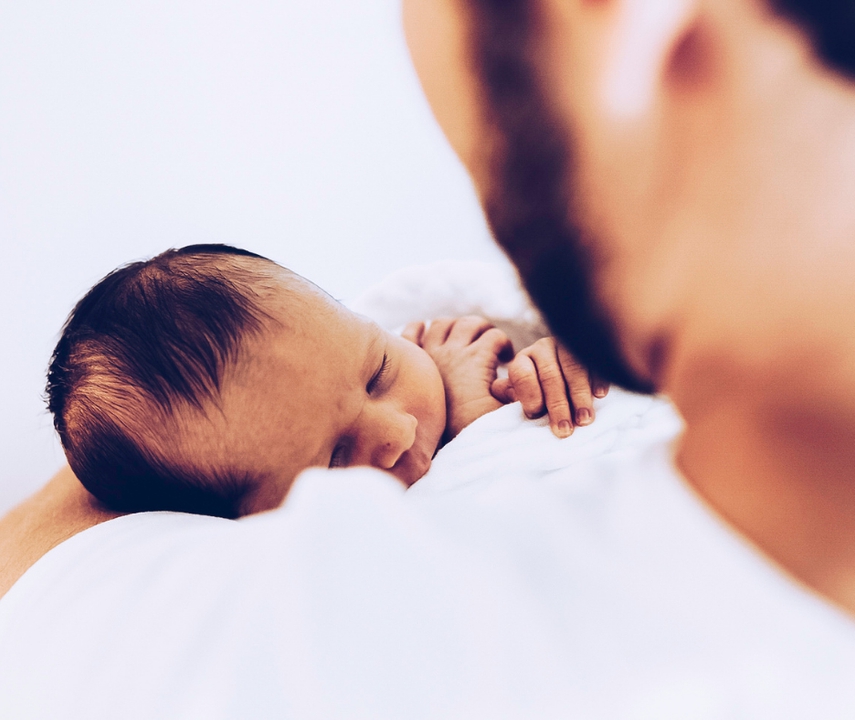 How Does SIDS Work & What To Do?


It’s the nightmare no parent ever wants to experience, but one that far too many have. You wake up to discover that your precious child has somehow stopped breathing while they were sleeping. This kind of death isn’t noisy. It’s a silent, unnoticed lack of noise.


It’s SIDS, and to this day doctors and medical professionals still don’t really know why it happens. But for your sake, here’s what we know and what you can do to try to interevene and promote safe sleep for baby.

Called Sudden Infant Death Syndrome, it is just that. It is most likely to happen in the first year of a baby’s life and even after an autopsy, it is often not obvious what happened. All we really know is that sometimes babies stop breathing. If they are reached in time, they can sometimes be resuscitated. But if not, they die.


How does SIDS happen?

There is no simple answer to this question, and the fact remains that we really don’t know. There are, however, a few theories:

Normally, reduced oxygen or heightened carbon dioxide in the body would alert the nervous system, rousing a baby and making them breathe faster. In babies that die from SIDS, it is theorised that this does not happen. The older a baby grows, the less at risk of SIDS they are as they are able to turn their heads to breathe more clearly.


How to help decrease the risk of SIDS?

There are several actions that parents and caregivers can take to keep infants as safe from SIDS as possible.

You can also invest in a baby breathing monitor which acts as extra insurance in the event of your baby actually stopping breathing. These come in many different types, from pads that lie underneath the baby’s mattress, to electronic socks and our monitor, which clips directly onto your baby’s diaper.


How does a baby breathing monitor help to reduce the risk of SIDS?

No matter what parents do to try to reduce the risk of SIDS, sometimes the worst can still happen. In that case, many babies have been saved by a baby breathing monitor. Blogger and mom from California, Michelle Bowers, writes at length about the time her Snuza HeroSE saved her baby’s life.


“I was ripped out of sleep by a terrible noise. It felt like just a few minutes had passed, and I instinctively reached for my clock to turn off the alarm. It was noon. Noon?! And what was happening? Smashing buttons on the clock did nothing to quiet the sound. Is that the smoke detector? Is there a fire? Because the noise was unfamiliar, I was completely disoriented for about ten seconds. But the alarm was loud and incessant and coming in waves of five piercing beeps, and suddenly Al and I were throwing back the covers and leaping to our feet because we knew it was the Snuza.”


The worst had happened. Their tiny, almost-premature daughter had managed to wiggle down within her swaddling blankets and some had covered her face, smothering her. The Snuza alarm alerted Michelle and her husband Al, who picked his daughter up and called her name. At first, she was unresponsive, but after another second, she took a breath. Crisis averted, thanks to the warning sounds of the Snuza.


Are there any problems with babies sleeping on their backs?

Some parents are concerned about putting their baby to sleep on their back. They worry that their baby may choke while sleeping, or that their heads can become deformed from sleeping in that position.


In fact, laying on their backs may actually prevent babies from choking on saliva or gastric acid (from reflux, for example). By keeping airways open and unobstructed, any reflux or excess saliva can be cleared more easily.


Positional plagiocephaly, sometimes known as “flat-head syndrome”, can occur when babies sleep in one position too often when their skulls are young and soft. This can be prevented and mitigated by ensuring that your baby spends enough time in positions other than on their backs when they are awake. You can do this during safely supervised tummy time, by safely wearing your baby on your body, and by varying the position your baby lies in their crib, mixing up which direction their head is in.


Is there anything else I should know about SIDS?

There are some myths about SIDS that abound. As it used to be called ‘cot death’, there is a belief that cribs cause death. This couldn’t be farther from the truth. Your baby’s crib is the safest place for them to sleep, as long as they are on a firm, breathable surface without fluffy blankets and toys in it.


Babies also cannot ‘catch’ SIDS from other children, babies or adults. SIDS isn’t a virus or an infection, it’s an unexplained, unexpected event that may or may not be related to your baby’s ability to respond to unbalanced blood oxygen or carbon dioxide levels.

In order to spread awareness of SIDS, Snuza has paired up with The Lullaby Trust in the UK, a foundation dedicated to the prevention and awareness of SIDS. We work with The Lullaby Trust on their Care of Next Infant (CONI) programme, providing Snuza HeroMD baby breathing monitors to parents of new babies, who have previously experienced a SIDS death.


There are a few things that parents and caregivers can do to reduce the occurrence of SIDS. However, you can do everything ‘right’ and it can still happen. The best way to reduce the risk of SIDS is by being aware and vigilant of it. New parents often experience heightened anxiety, and a baby breathing monitor can be the perfect thing to bring parents peace of mind.