You are located in アメリカ合衆国 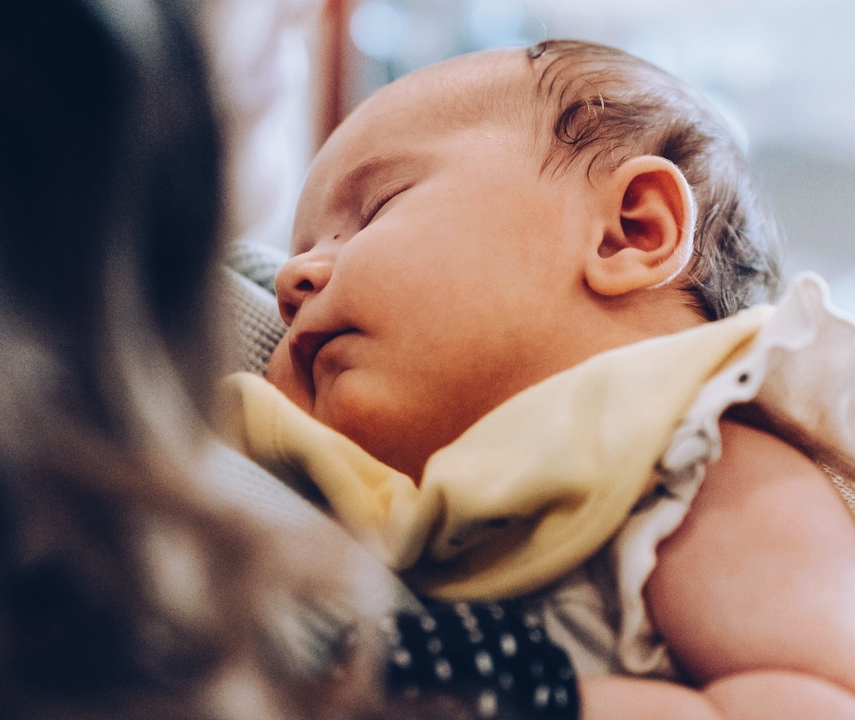 SIDS is the leading cause of death of babies between 1 month and 1 year of age. It's indiscriminate, it's silent and it's devastating. It doesn't target anyone. It can happen to happy, adorable, seemingly healthy babies and, as most new parents can imagine, is a life-altering event that you wouldn't wish on your worst enemy. The shockwaves rip through families and social circles like an earthquake.

Increasingly, anxious parents have turned to technology to help them look after their babies. Sales of breathing and movement monitors skyrocketed since they were first introduced, and no wonder! Wouldn't you buy something that gave you the hope that you might be able to save your baby's life? And yet it begs the question: with all of our modern medicine, why is SIDS so poorly understood? Why haven't we found a cure?

Most paediatric academies, bodies, trusts and societies discourage the use of these devices. They argue that there is no evidence to suggest that they actually work. But if you look at these articles, they quote research ranging from the 1970s to the 1990s. Nearly 30 years have passed, and technology has changed and improved. However, health professionals base their recommendations on solid research. And in the absence of new evidence, 30-year-old conventional wisdom persists. Until now, there hasn't been an instrument certified to stringent European Medical Device regulations that has undergone the requisite clinical evaluation process, design scrutiny and safety testing which could provide this new evidence. "

Today we are here to begin the process of changing conventional wisdom. The instrument of this change is the Snuza HeroMD - "the world's first and only portable infant apnoea monitor, medically certified in Europe and clinically proven to detect when a baby stops breathing. The Snuza HeroMD will continuously monitor your baby's breathing and, if breathing stops, will gently vibrate after 15 seconds to rouse your baby. After a further 5 seconds, if breathing has not resumed, a loud alarm will sound. This 20 second period is the longest period of time that a baby can be without oxygen before an alarm should be raised. It takes into account the time it will take for a caregiver to respond and try to resuscitate the baby. Any longer and the risk of oxygen starvation injury starts increasing. "

But let's take a few steps back. The internet and 'conventional wisdom' believes that baby monitors don't work. But is this really the case? Is it up to date? Let's take a closer look.

Articles in publications from The Atlantic and ABC News, to Time Magazine and the Pediatrics Journal all state that baby monitors don't save babies lives. As a parent, it's hard to fight that. And yet, as advances are made in science, medicine and technology, the evidence is produced that there is a new generation of baby breathing monitor that does work. At Snuza, we have been working assiduously to change conventional wisdom by developing a suitably qualified instrument providing indisputable statistics.

Every parent deserves to know that the Snuza HeroMD is the world's first portable baby breathing monitor, that is medically certified on the European market and therefore clinically proven to be able to detect when your baby stops breathing. The European medical device regulations are exceptionally stringent, ensuring a product performs according to its intended use and that it is safe. At the time of writing, there are no other portable monitors on the market that are certified to these very strict standards, nor tested against any approved standard, nor controlled or monitored by any regulatory body, whose sole purpose is to keep customers safe.

There are certain countries that are more progressive in their approach than others. Japan is one such example. The Japanese government fully supports suitably qualified breathing monitors as an instrument in reducing the number of infants that unnecessarily succumb to SIDS. It will be interesting to see how long it takes other countries to follow their lead.

It must be noted that Snuza is not claiming to prevent SIDS. There are certain conditions that are not survivable if your baby stops breathing. For example, heart failure will result in cessation of breathing but may not be survivable despite early intervention (a resuscitation attempt).

Where do you stand on the subject of baby breathing monitors? Do you think that a medically certified device would help give you peace of mind that you would have the opportunity to help save your child's life? Or does conventional wisdom still hold sway with you? We'd like to argue that if we can get behind technology improving every other area of our lives, there's no reason why baby breathing monitors shouldn't improve, too.

Snuza has been developing award-winning baby apnoea and movement monitors, using leading edge bio-sensory technology, since 2007. Our monitors are aimed at monitoring a baby's breathing movement and alerting parents of any incidents where the breathing movement has stopped. Snuza is a young, innovative and dynamic company, and the first baby tech company to have successfully introduced a portable baby movement monitor and also the world's first portable baby apnoea monitor. The Snuza team consists of motivated and dedicated individuals driving the development and distribution of baby monitors that speak for babies who are unable to at their most vulnerable moment - when they're alone in their crib and unable to breathe.