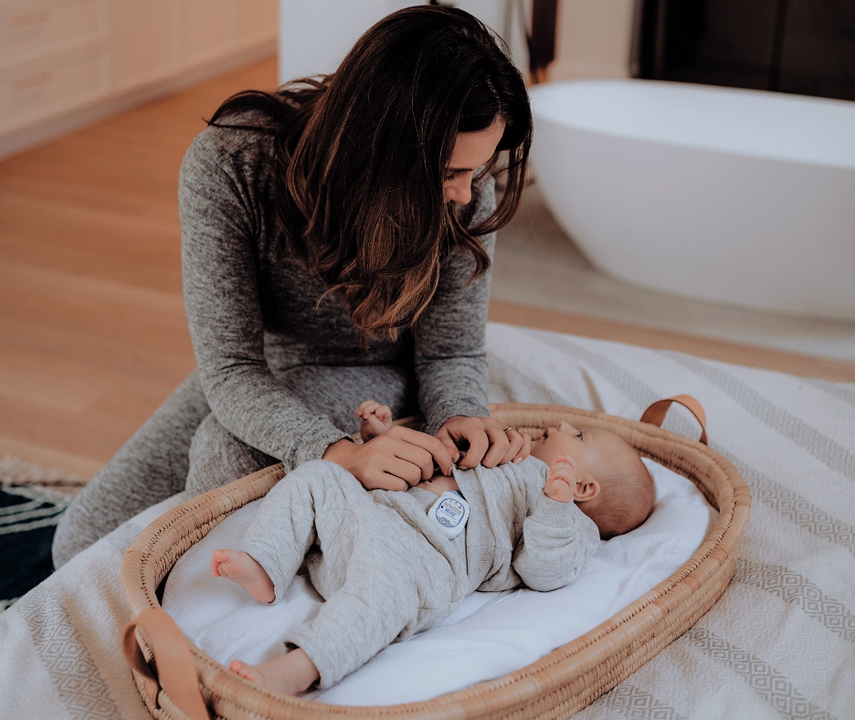 As producers of baby breathing and movement monitors, we're often asked why our devices are designed to wait 20 seconds to alert parents and caregivers to a cessation of breathing. Why not, concerned parents ask, alert at 5 seconds or 10 seconds?

In order to explain this, we have to look at what we know about SIDS, infant breathing, and all the research that goes into creating devices like this. Let's get into it.

According to the Boston Children's Hospital, "[s]udden infant death syndrome (SIDS) is the sudden and unexplained death of a baby younger than 1-year-old. A diagnosis of SIDS is made if the baby's death remains unexplained even after a death scene investigation, an autopsy and a review of the clinical history."

It will surprise no parent that babies are not just small adults. Their bodies and brains are not yet fully developed. There's still so much for babies to learn, both cognitively and unconsciously."

Breathing, for example, in an infant is very different from adult breathing. We breathe mostly unconsciously, regularly and consistently. Babies can have 'periodic breathing', where they stop breathing for 5 or 10 seconds quite frequently. This isn't thought to be dangerous and the baby usually restarts again on their own."

What is breathing apnea?

Apnea, or the sudden cessation of breathing, can occur in babies born both prematurely and full-term, as well as in children and adults. Premature babies are more likely to experience apnea due to their underdeveloped lungs."

Apnea is diagnosed when breathing ceases for 10 seconds. When it stops for 20 seconds that indicates significant apnea. Early intervention in the form of picking up, patting and waking the baby, is usually enough to resuscitate them.

Why we wait 20 seconds

Frequent false alarms, alerting caregivers to a normal periodic breathing period, is also likely to desensitise the caregiver and reduce the speed of response.

With the basis of what we know about SIDS, infant apnea and normal infant breathing, we have decided on the 15- and 20-second alerts. Our customer base is large and communicative, and we feel that we would have been told if our breathing and breathing movement monitors were responding too slowly to help parents. On the contrary, we have thousands of reviews telling us that our devices save lives and provide invaluable peace of mind.